While considering 1981, I happened upon four words under the heading: Science

Early on, the disease in the U.S. appeared relegated to gay men in California and New York, many of whom had been intravenous drug users.  I remember seeing newspaper articles that detailed a mysterious sickness, unusual cancer and pneumonia that was taking the lives of those previously healthy, young men.

It’s embarrassing now to admit that it wasn’t unusual for casual conversation to take it to the lowest common denominator, insinuating that “they” deserved it.  Religious extremists insisted it was God’s retribution for what they judged as immoral or abominable behavior.

For everything good I thought about President Reagan at the time, it saddens me now to realize that his initial silence about the burgeoning AIDS epidemic—even given statements from the CDC, cost the lives of many Americans, lives which lacked dignity and decency that human beings should afford one another. 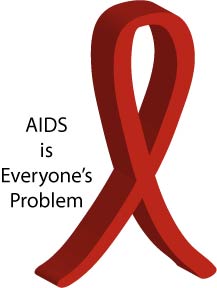 The din of activists spiraled ever upward, rising to an angry roar as people continued to die, victims of the disease and its complications.  It wasn’t until 1984, when national publicity surrounding Ryan White, an American middle school student, caused AIDS to become known to the public as anything other than a gay disease.

It took that, followed by the public announcement of leading movie man, Rock Hudson, to bring what had been water cooler fodder from whispers to public discussion and debate.  Hudson, a regular woman-magnet on screen, and personal friend of the President and First Lady,  sparked controversy for his on-screen kiss with an actress who he had not informed prior.  But it was then that I noticed that the public began to realize that AIDS and HIV had the potential to creep its way into the lives of nearly anyone, and it shook the ground beneath them.

During the early years of the rise of the disease, it must have been horrible for those who had to face no hope, no cure, no understanding of the cause, and few willing to help.  They were lepers of the modern age, stigmatized by fear and lack of understanding.  It is comforting to know that while HIV remains a global epidemic today, medicines can stem the tide.  Certainly not enough people have access to medications.  Those who are fortunate enough to have medication, live much longer today with a higher quality of life.

Kids, let me tell you from personal experience, it’s absolutely surreal to recognize that while AIDS affected only hundreds of American people in the early 80s; it has since catapulted to today’s fourth leading cause of death worldwide.  Thinking of it in those terms taxes the brain and the heart.

It took eleven years from the time AIDS was identified until someone I knew personally, died from AIDS/HIV.  Even then, he wanted his disease kept confidential.  It was then that I truly understood just how lucky I am.  It could easily have been me.

Lyrics from Sailing, a Christopher Cross tune from 1981, come to mind as I consider the losses. 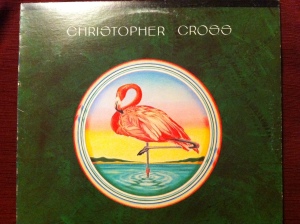 Fantasy, it gets the best of me
When I’m sailing
All caught up in the reverie, every word is a symphony
Won’t you believe me? 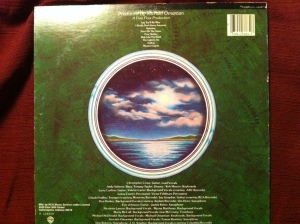